What is Biohazard Cleaning? 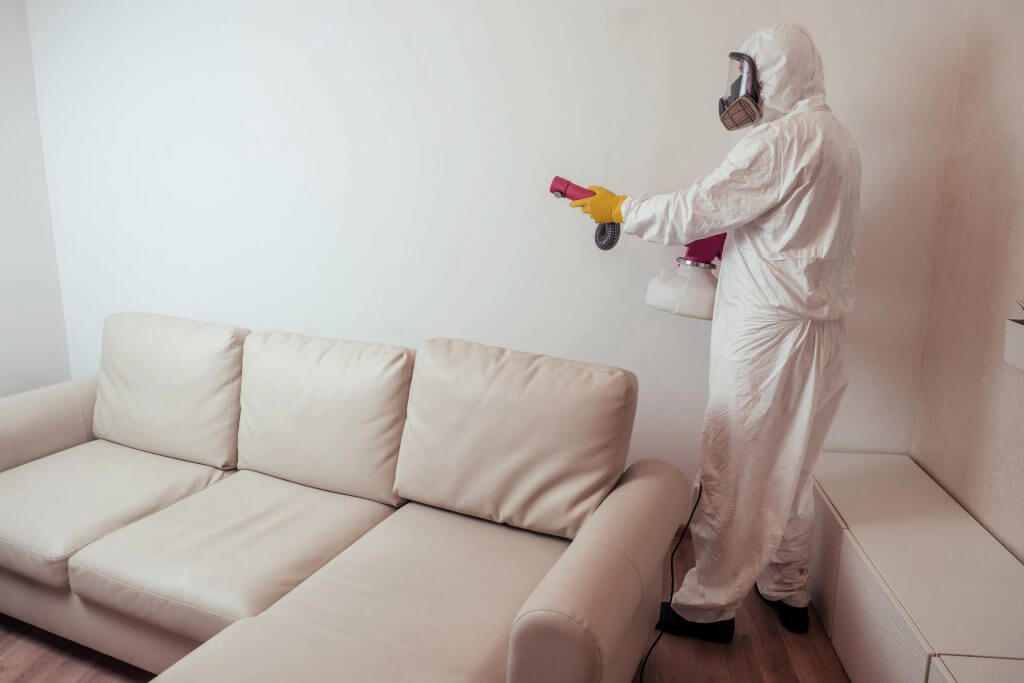 Safe and effective biohazard cleaning is essential, particularly if your business works with biomaterials that pose a danger to human health.

Biohazard cleaning must be carried out by trained and experienced professionals who have access to personal protective equipment, industrial cleaning tools and industrial chemicals. Biohazards must be disposed of according to government laws and regulations, and affected locations decontaminated.

In this article, we ask our industrial cleaners to explain in more detail what biohazard cleaning is, and why it’s so important.

What Is a Biohazard?

Before we look at biohazard cleaning, it is important to understand what’s classed as a biohazard. A biohazard (or biological hazard) is any dangerous or contaminated biological substance that has the potential to cause harm to humans (in many cases, biohazards can cause fatalities).

Biohazards can be pathogens, viruses or bacteria, and they can be present in a large number of situations, particularly when industrial or clinical waste is involved. Biohazards can be found in hospitals, laboratories and industrial settings, as well as restaurants, food processing plants and even schools.

Common biohazards include the following:

Biohazards are controlled under government regulations (specifically COSHH – Control of Substances Hazardous to Health), and they must be handled with appropriate care and training and be disposed of safely.

For this reason, it’s particularly important to have access to biohazard cleaning in the event of spills or accidents, or if biohazard waste needs to be removed and disposed of, or infected areas decontaminated.

What Is Biohazard Cleaning?

Biohazard cleaning is the act of cleaning biological hazards and ensuring that affected areas have been thoroughly disinfected.

The ultimate goal of biohazard cleaning is to safely remove and dispose of the biohazard, before ensuring that the location can be returned to its prior state and no longer poses a threat to human health.

Biohazard cleaning can include the following or a combination of:

The biohazard cleaning process involves several distinct stages. Each site is potentially different, and there can be a range of hazards present that cleaners need to deal with and dispose of.

Biohazard cleaners need to assess the location that needs cleaning. They first run a risk assessment and ensure they have the appropriate materials needed to make the location safe.

After the initial risk assessment, biohazard cleaners can get to work cleaning up the site. This requires appropriate personal protective equipment (PPE), and industrial-strength chemicals and disinfectants, as well as traditional cleaning tools such as mops and buckets. Government regulations need to be followed stringently, as biohazard waste can only be disposed of at specific locations (you can’t just throw biohazards into the bin).

Once the affected area has been cleaned and waste and debris removed, the entire location needs to be thoroughly disinfected using industrial-strength chemicals such as bleach or peroxide. Again, these strong chemicals require training and PPE to be used.

Once the area has been disinfected, it may also need to be deodorised. Chemicals and sprays are used to remove foul and lingering smells, and to make the area habitable or workable again. The time it takes for a location to be thoroughly cleaned and disinfected depends on a variety of factors, most importantly the size of the area that needs to be cleaned, the extent of the biohazard, and the hazards and dangers involved.

When Is Biohazard Cleaning Required?

Biohazard cleaning can be required in a number of scenarios, and it may be necessary even if your business isn’t directly involved in any industrial or biological processes. It’s become particularly important since the widespread occurrence of viruses (namely Coronavirus), which have the capacity to survive for several days on surfaces.

Biohazard cleaning is common in hospitals and other medical settings where trauma and bodily fluids pose a regular threat to health and safety. It’s also needed to clean and disinfect crime scenes where dangerous pathogens may be present after traumatic events.

What Are the Risks of Biohazard Cleaning?

Biohazard cleaning poses clear risks to the cleaners involved in the process, as well as the property owners or workers at the affected location. Biohazard cleaners need to ensure that PPE is used throughout the entire process and that their work removes any dangerous pathogens that would be harmful in the future.

The major dangers posed by biohazard cleaning are the biohazards themselves. Bodily fluids can contain dangerous pathogens such as HIV that can infect the cleaners if adequate PPE and precautions aren’t taken. Medical sharps, such as needles, can cause physical injuries while also being contaminated with blood-borne viruses.

The chemicals also prove hazardous to cleaners, and they need to be handled with due care and attention. Given the risks and hazards involved, it’s always recommended that biohazard cleaning is carried out by experienced, professional cleaners with access to the right protective equipment.

Get in Touch Today to Find Out More About Biohazard Cleaning

Biohazard cleaning requires expertise and specialist equipment in order to be carried out safely and efficiently. Given the dangerous nature of biohazard cleaning, it’s always recommended to call in professionals to carry out clean-up operations.

Direct Cleaning Group provides an expert biohazard cleaning service across the North West. Our teams can be called in at short notice, in urgent situations. Get in touch today to find out how our team can help you. Call us on 03300 02 02 88 or send a message to info@directcleaninggroup.co.uk.